Freightliner For Sale In United States

A real American, simple, reliable and hardworking. Americans generally like to get the most out of nothing, which they embodied in this truck. A large range to gas stations, high traction properties will not allow you to crawl next to KAMAZ and MAZ trucks even when fully loaded, the ease of engaging the Ayton Full checkpoint generally means that the clutch is engaged only when starting off.

I like the Caterpillar C7 Asert engine with a Huey nose (Draft from the bottom - if you gape when approaching an intersection in 6th gear, it will easily pull even from 35 km / h, fuel economy , a long resource before overhaul of 1.5 mil. km, unlike European counterparts), the market is full of consumables, services are already familiar with this device and know its sores, there are a lot of sensors for coolingii, lubrication and fuel, so that you do not inadvertently screw up the engine, a plastic cabin and an aluminum body, coupled with an alloy frame, will not be an eyesore with numerous pockets of rust - and scales with a full load of 10 tons will not inspire fear. Good visibility, 1.5 meters from the bumper to the driver. Comfortable driving position (two armrests, column height and angle adjustment), Eyton Full 6st gearbox, except for the first one, the rest can be turned on without clutch, the Meritor bridge is a guarantee of long-term reliability. smeared mailand that's it, full of grease fittings, like on our Soviet cars. There are automatic ratchet brakes, clutches.

Among the shortcomings: a large turning radius and a long sweeping base (although there are those who work around the city in Moscow and St. Petersburg, it’s not for nothing that this is a city car in the States). There are not always original spare parts available, as most Americans periodically, once every five years, the wiring reminds of itself - it turns green until it reaches the required indicators on the sensors at speed when startingUske will not start on a cold one - so you always need to monitor the condition of the battery and install the recommended Exet 105/1000. The noise of the engine - America is primarily reliability, and Shumka is already on the tenth. The spring suspension is not smooth on empty, but maintainable and reliable.

Freightliner M2, 2004
A real American, simple reliable and hardworking. Americans generally like to get the most out of nothing, which they embodied in this truck. Big...

Freightliner Columbia, 2000
American is the most suitable car for long distance work. As some call it "Modern Kraz", referring to its reliability. Given the state of roadside service, which is absent in 70% of the territory of our country, the driver feels independent of this. At his disposal is a large and cozy sleeping compartment with two beds, a refrigerator, a microwave oven. Reliability, power are the main advantages of this car. Neprihoutflow under repair. Additional "meter" of life for the driver in front. 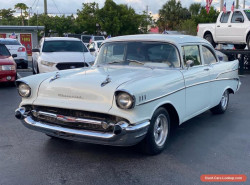